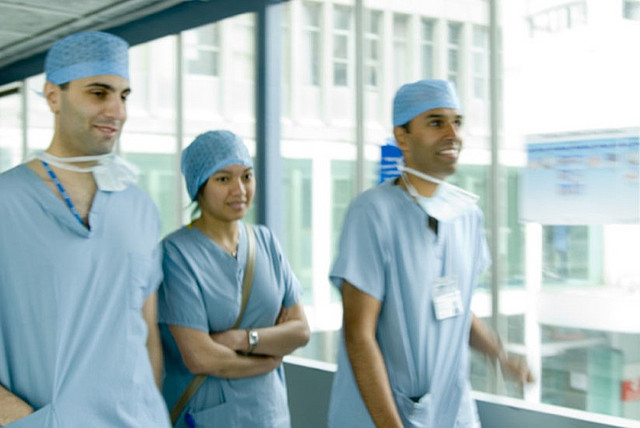 The UK is facing an exodus of young doctors following a controversial new contract regarded as “unsafe and unfair”. On September 15, the UK Department of Health (DoH) announced that it would consider imposing a new contract that will incentivise doctors taking in more responsibility and rendering more work hours. More than 53,000 young doctors could lose pay premiums for rending work on weekday evenings and on Saturdays.

The General Medical Council (GMC), which issues Certificates of Current Professional Status (CCPS) allowing doctors to work abroad, usually processes 20 – 25 requests each day. However, the regulator reported receiving thousands of requests for certificates over the past weeks. The GMC logged 5,163 application for CCPS in 2012, and 4,925 requests last year. A week after the announcement, CCPS applications surged to 4,500.

A GMC spokesperson clarified that not all doctors requesting for CCPS actually go overseas. “And as CCPS documents are only valid for three months, doctors often make multiple requests in one year.”The regulator added that it is not only junior doctors who ask for a CCPS.

A DoH spokesperson remarked that the latest GMC figures are not emigration data and do not reflect the number of physicians planning of working abroad. “We suspect this sudden spike in CCPS applications is prompted by the doctors’ trade union, which is deliberately misrepresenting our contract proposals.”

The British Medical Association (BMA) remarked that the move is discriminatory and could cause harm to medical practitioners. According to affected physicians, the contract will slash their pay by up to 40% and force them to work more antisocial shifts. It reduces the incentive to become a family doctor by equalising the pay between physicians in general practice and those in hospital medicine. About 52,000 doctors have signed a petition supporting strike calls to resist the contract.

Dr. Kitty Mohan, of the BMA’s Junior Doctors Committee, said the government should heed the reactions from the medical community. “There has been an outpouring of anger over plans to impose a new contract and there is a real risk that junior doctors will speak with their feet.” She added that losing a huge number of doctors “in the early stages of their careers” would be a disaster to the public healthcare system.

Doctors’ associations and recruitment agencies reported that an increased interest in countries such as Australia, Canada and New Zealand. These destinations offer attractive compensation and a less stressful working life.